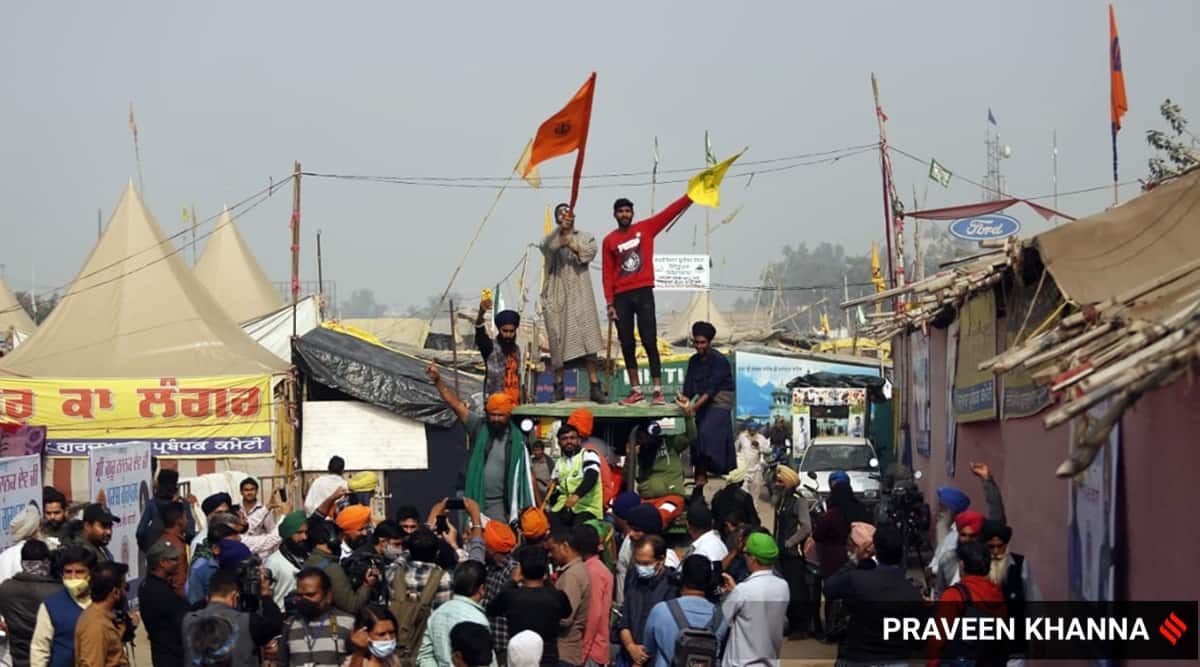 On the Singhu protest site, cautious optimism among protesters, who want the Prime Minister’s promise on paper

Shock and disbelief, joy and tears – Singhu border farmers experienced a range of emotions when Prime Minister Narendra Modi announced that the three farm laws would be repealed.

After a year at the Delhi border, the farmers said they had achieved a “half-victory” and continued to camp here. Many said the announcement could be a “ploy” ahead of state polls and that they would wait for SKM leaders to decide on the next course of action.

At around 9:20 a.m., when the majority of protesters were busy with Gurupurab celebrations, a few farmers received calls from families in Punjab and Haryana.

“A relative called me at 9:30 am, but I dismissed it as a rumor. When it was confirmed, a feeling of euphoria set in. It is a victory for farmers’ rights, but a half-victory. We will not move until Parliament has tabled a motion to repeal the laws and a guarantee of
The MSP is given in writing, ”said Nachatter Singh (86), a farmer from Raikot district in Ludhiana.

The celebrations started at 10 a.m., with protesters rushing to nearby stores to buy speakers, flowers and candy. At 10:30 am, the Samyukta Kisan Morcha (SKM) issued a statement welcoming the decision, adding that “we will wait for the announcement to take effect through required parliamentary procedures.”

“However, nearly 700 farmers were martyred … SKM also reminds the Prime Minister that the agitation of the farmers is not only for the repeal of the three laws …”, the statement added.

By midday, the crowd swelled with many people from Delhi-NCR flocking to the protest site. Tractor wagons and horses, with young people perched atop, dancing to songs by Punjabi singers – Babbu Mann, Ammy Virk, Jazzy B and Ranjit Bawa – made their way through the day near the main stage.

Rashmeet Singh (32), a businessman from Rajouri Garden, traveled to Singhu by scooter. “I come from a farming family. I had planned to visit Singhu for Guru Nanak Dev ji’s birthday celebration later today. When I heard the news that farm laws would be repealed, I left, ”he said.

Sameer (24), who runs a mobile shop in Kerala, was traveling to Delhi with a friend, but rushed to Singhu when the news broke. “My grandfather was a farmer and
I support the farmers here. When I saw the update I took a cab and came here. I will be staying here for a few days now.

Some have complained that this victory has been expensive. Nodeep Kaur, Dalit workers ‘rights activist and Mazdoor Adhikar Sangathan member in Sonepat, said: “The farmers’ movement has forced the government to bow down. But it is not a complete victory. More than 700 farmers have been martyred, cases have been slapped against protesting farmers …

Gurjeet Gill (43) from Mohali, who quit his IT job to be here, said: “When the government failed to respond to requests during Covid, we helped locals and others with oxygen cylinders and free medical services. ” Gill and his friends worked for the Life Care foundation and run a “mini hospital” in Singhu.

Dayaram, a fifty-year-old farmer from Tarn Taran, said he “forgives” the prime minister but added: “They called us terrorists, jihadists, khalistani. The police barricaded the area and isolated us just before the pandemic. Barbed wire and cemented light fixtures show that we are not one of them. Now you want us to forget everything. I don’t know if I can.

The protest began on November 26 last year when farmers from Punjab, Haryana, UP and other states gathered at Delhi’s borders after Delhi police prevented them from marching. until Jantar Mantar to organize a demonstration. In January this year, farmers held small marches to the east and west highways as part of a call to protest outside parliament on January 26.

On Republic Day, police allowed farmers to march towards Delhi, but a few groups broke up and reached ITO and the Red Fort. In the chaos that followed, clashes erupted in many parts of Delhi. Following this, the Delhi police took strict measures to barricade and seal the borders. Several arrests were made in connection with the violence.

On October 15, the movement experienced another flashpoint after a 35-year-old Dalit farmer was lynched in Singhu. Four Nihang Sikhs were arrested for the murder. The SKM had distanced itself from the incident, saying it was a peaceful and democratic movement.