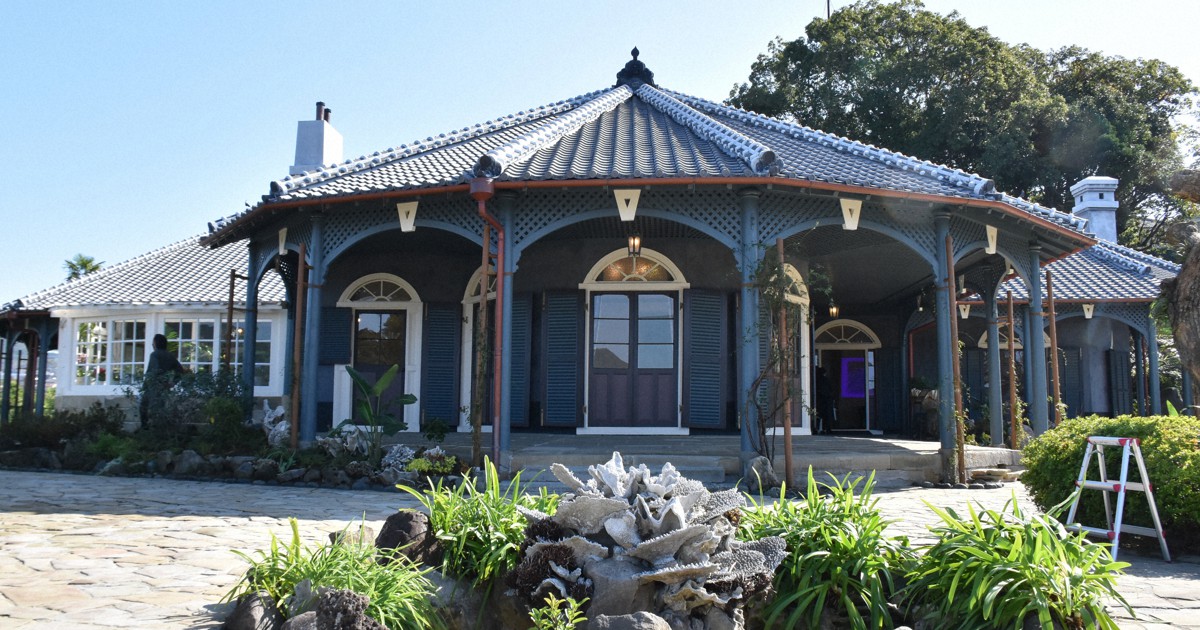 NAGASAKI – The Old Glover House, a popular tourist spot in this southwestern Japanese city that was home to British merchant Thomas Glover (1838-1911), has been renovated with special attention to its history and ambiance of life.

The house is located in Glover Garden, which is one of the “Sites of the Meiji Industrial Revolution in Japan: Iron and Steel, Shipbuilding and Coal Mining” on the UNESCO World Cultural Heritage List. The repaired structure was unveiled to the media on November 17, a day before it reopened to the public.

Built in 1863, the house is the oldest western-style wooden architecture in Japan.

While the old residence had been a representative tourist spot in Nagasaki, the building had aged, causing the first large-scale restoration in half a century, which began three years ago. Besides the anti-seismic reinforcement and the repainting of the exterior walls, the interior has been renovated on the basis of the latest historical research. The displays inside the house have also been renovated.

During the last renovation, a letter to Glover from his son Tomisaburo Kuraba revealed that a room that had been used as part of a tour itinerary before the renovation was actually a bedroom, so a bed was there. newly placed. A new section has been created to present the attractiveness of the building through videos applying augmented reality technology.

Brian Burke-Gaffney, 71, honorary director of Glover Garden and specially appointed professor of historical sociology at the Nagasaki Institute of Applied Sciences, oversaw the renewal. He explained that the then residence has been recreated for the sake of authenticity, adding that he is happy to have turned the facility into a museum helping people learn about history, and have l ‘intention to further improve exhibits.

The entire Glover Garden should reopen at the end of December.