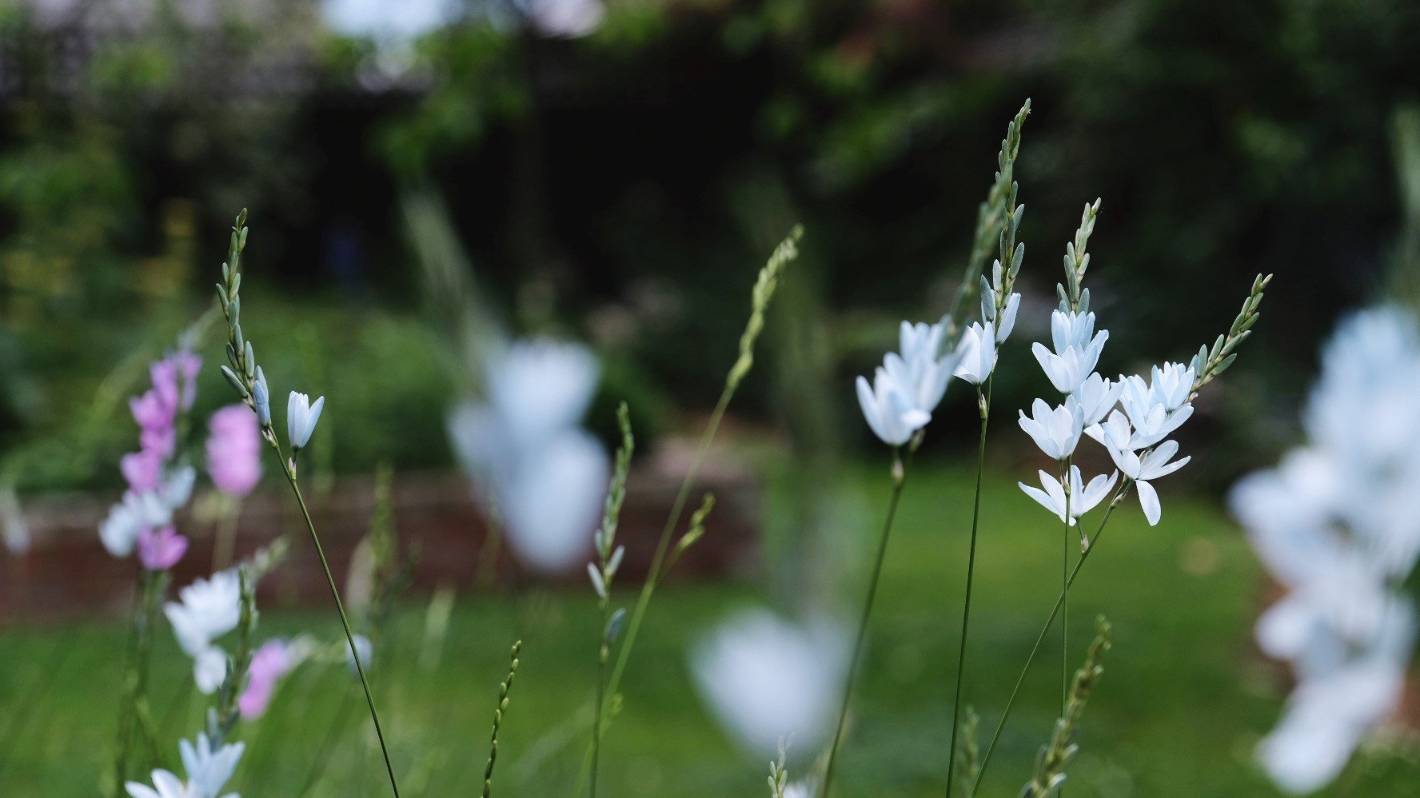 My favorite garden plants of the season

As the growing season really kicks off, I found a new appreciation for some of the plants that I have had for several years and a pang of heart for a newcomer.

The real patience imposed in gardening is the realization that your perennials may take a few years to reflect the abundant image in your head. It can be difficult to go there for a while, as a newbie, arriving at the backyard of a society focused on instant gratification.

For example, while I drew my attention to the four flowering stems of Phlomis russeliana that appeared shortly after receiving small plants dug up from my aunt’s garden in 2019, this year I am literally standing in the doorway. back and I applaud the ripe harvest in its third year of magnificence. This natural and satisfying increase in plant stock is the reason I never get bogged down in spending on established perennials. Their growth, expansion and ability to divide are hands down the dollar value.

Phlomis (commonly known as Jerusalem sage) is particularly good at “spreading.” While this is a problem for some, I’m still grateful for a plant that needs a touch up, instead of making room for weeds. This plant has a fantastic shape, with broad, downy leaves and alien-looking flowers that dot the straight, stiff stems, giving off a distinctly Dr. Seuss vibe. It’s a nice early tender, with bold green buds forming in the spring to arrive at flowers with yellow accents in late November. For me, their best attribute is undoubtedly their strong structure in the garden, which remains a feature long after the seeds have formed and provides interest (and fodder for birds) into the winter.

READ MORE:
* In the Cosmos: Why These Are My Favorite Flowering Annuals
* Flowers you should plant to make your garden smell good
* Ideas of plants for a naturalistic garden: A mixture of herbs and flowering seasonal colors
* A beginner’s guide to types of plants

It’s been three years now that I have enjoyed using astilbes to bring flowers and texture to the shaded areas of my garden. Starting with just three plants, I happily divided them and spread them out in the bed, and this year I really feel like I’m reaping the rewards.

The plants disappear entirely during the winter, only to curl up boldly in clumps, sporting dark fern-like foliage, which is as convenient for picking as it is for taking up space in the garden.

For me the flowering sequence was a nice surprise, with my creamy astilbe arendsii “Diamond” first, followed by the cotton candy roses of astilbe arendsii “Gloria” and ending with astilbe chinensis var. “Lilac” tappet coming in midsummer. Their downy, pointy flowers slowly fade to rust as they produce seeds, continuing to offer interest until the clumps begin to recede in late fall.

Going into gardening, I had a fairly strong aversion to the color purple, hard to believe now given its presence across every bed. Likewise, I also felt discriminated against red, strictly avoiding any opportunity for it to seep into my beds – beyond my pretty strawberry planter. That was until I was given my first geum chiloense called ‘Mrs Bradshaw’.

Last year I looked at its tuft of leaves beyond expectation, before budding with citrus-colored tips. Then, pulling those flowering stems miles away from the foliage, they burst into small, intensely mandarin flowers that ripen into deep lipstick. To be honest, she shocked the entire garden landscape with the saturation of her flowers, but there was no denying that she shouldn’t be ignored. It was a welcome accent, softer and more ethereal than I imagined.

At the very beginning of spring, I moved the clump to another location while playing “musical chairs” with perennials in preparation for my new garden beds. Over the past two months I have marveled at the beauty that geum brings and firmly decided that it will be divided within an inch of life in the fall and multiplied as part of my new planting program. What a real beauty.

The last plant I would like to highlight in this early part of the growing season is my newest addition. After my first visit to Welton House as part of Marlborough Garden in 2018 my fresh gardening eyes were shocked at the mass planting of delicate but tall Ixia. They were impossible to miss, with their grassy foliage and long slender stems, with rows of star-shaped flowers at their ends, but what was most shocking was that they were blue. No blue tinged with purple, real turquoise blue!

The memory stuck with me for years and finally after some research I found small bulbs of delicate ixia elvira “Duck Egg Blue” on Trade Me, combined with a generous plot of small bulbs from a new friend. gardener from the North Island. .

All arrived just in time to plant them in the fall, but life got in the way and I’m amazed that my ridiculously late sowing in July still gave me great results. Positioned in large concrete planters for this season, I am excited to plant them in my new beds for next year, visualizing the combination of red geums, green and yellow phlomies, and pale blue ixia blending in between them. sweet grasses and thriving summer perennials to come.

Julia Atkinson-Dunn is the author and creator of Studio Home. You can join her on @studiohomegardening or studiohome.fr

Garden plants you want to avoid, including Japanese knotweed, English ivy and giant…

Common garden plants that could decrease the value of your home